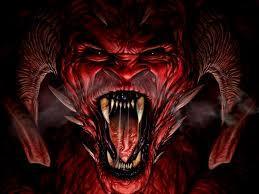 An offering upon the altar.

The Lord of Darkness 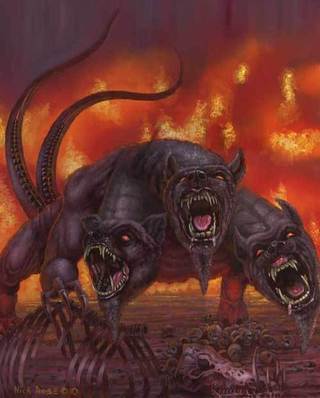 Cerberus the Hound of Hell 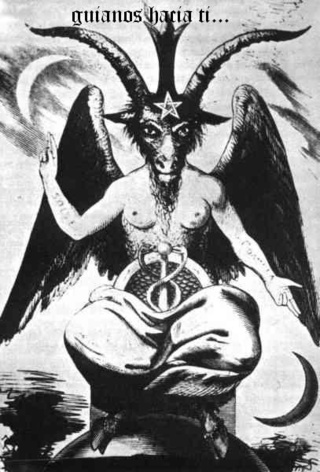 The King of Demons

Satan, the Lord of Darkness, has given the people a savior, a Messiah! While he rules the netherworld, his daughter, Ara, oversees his worldly realm. She's the keeper of the faith. Her frenzied followers worship her with as much zeal as they do the King of Demons. Her concert tours and sermons overflow with true believers, willing to burn themselves alive to show their devotion to her. The clergy and aristocracy loathe her. They think she's a fanatic who riles up lowborns and slaves with her foolish talk of salvation. Her ideas are radical! She preaches against priestly greed, and the debauchery and cruelty of the world. In a place where all Satan's children bear his mark, coal-black eyes, her blue eyes are seen as an abomination by the clerics. They've never trusted Ara. The high priests tried to kill her the day she was born; but she was Satan's spawn and he protected her. As Ara grew, so did her position, power, and control. The high priests may hate her, but they're afraid to openly defy or plot against her…until the rumors start. They say something's wrong with Ara. She's acting irrationally! Hearing voices! Seeing things that aren't there! She's become unhinged and must be stopped before her delusions and rantings upend the world!